Thirty etchings by Walter J. Phillips are presently known, and it is doubtful that there could be many more. This number is somewhat greater than the 'score of etchings' to which he himself referred at a later date. Although he was never satisfied with his work in this medium and came to dislike the process, his etched work is very interesting and, at times, superb.

Phillips once stated that he could draw before he went to school. His skill as a draughtsman is as evident in these early etchings as it is in the later watercolours. The etching medium is particularly dependent on good draughtsmanship, as it relies primarily on a skillful use of line.

Briefly defined, an etching is a sheet of paper which has been pressed against an incised metal plate that has been inked and then wiped. The lines on the plate have been incised by the action of acid and the metal plates are usually made of copper. Etching is often used in combination with drypoint (where the plate is incised directly with a metal point).

The etching plate is first coated with an acid-resistant substance, such as wax. The drawing is then incised into this ground without scratching the metal plate it covers. When the plate is put into an acid bath, or when acid is applied to it, the acid etches the plate in the lines the etching needle has made. After the plate is washed and the remaining ground removed, it is inked, and wiped, and a dampened sheet of paper is applied to it. These, in turn, are placed on a flat metal bed with pads or blankets and passed through a pair of rollers, the pressure transferring the ink to the paper. Variations in tone, often seen in Phillips' etchings, are obtained by the way the plate is wiped between printings after the ink has been applied.
Phillips' etchings are derived from sketches made in Winnipeg or during sketching excursions in the vicinity or at Lake of the Woods. In the studio, a careful line drawing would be elaborated from these rough sketches, and the drawing copied (in reverse) onto the metal plate. Existing drawings for the etchings show their purpose very clearly in their emphatic use of line. Dimensions are very close to the related etching in most cases.

It is difficult to believe Phillips' own statement regarding his lack of sympathy with the convention of line as a means of expression. The density of lines not only reveals form and volume, but also indicates 'colour' and atmospheric perspective. The etched portraits in particular reveal Phillips' acute powers of observation.

Most of Phillips' etchings were done between 1915 and 1917, at which time the colour woodcut medium began to dominate his printmaking activity. 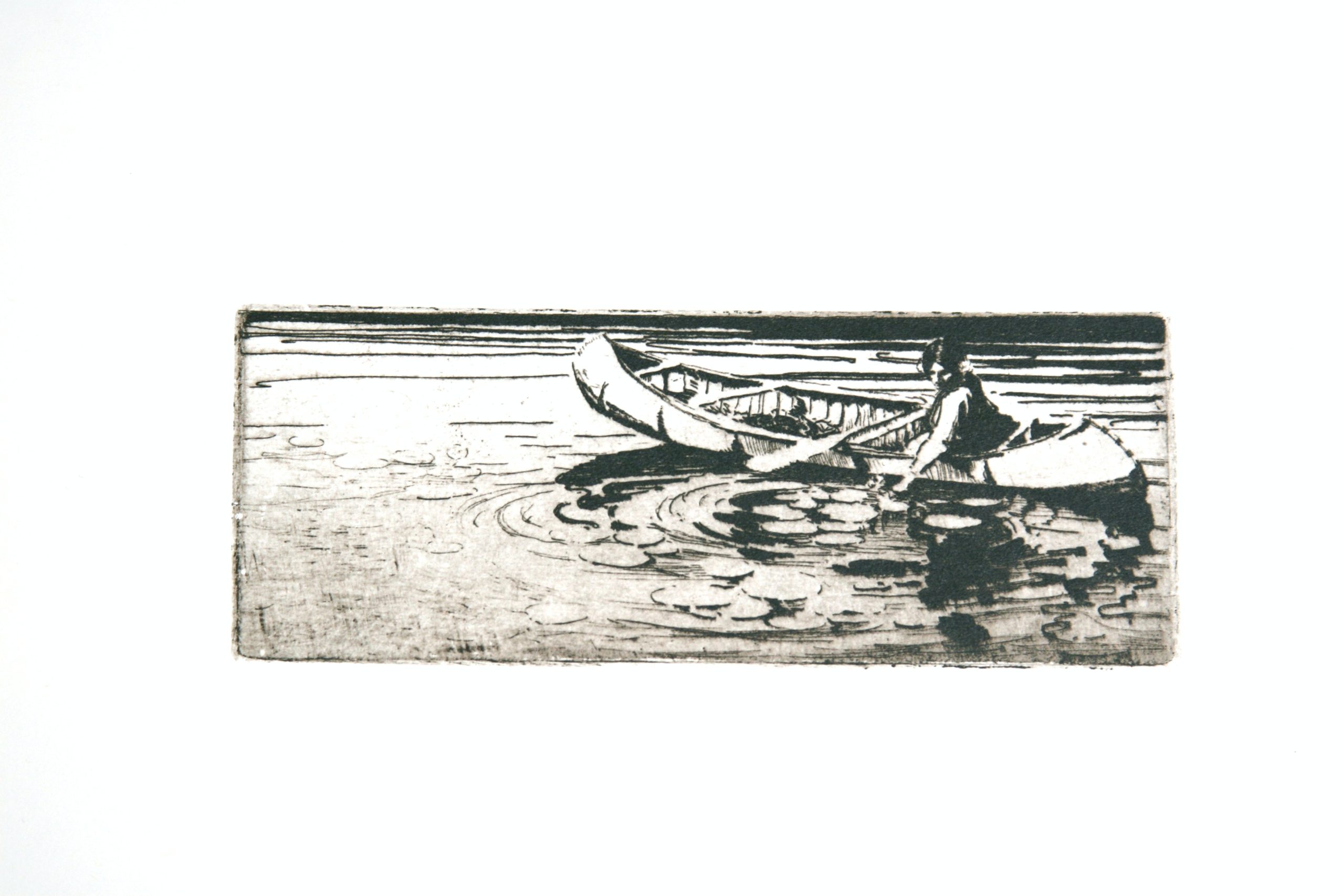