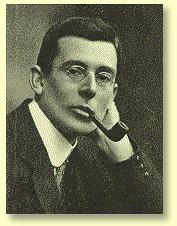 The artist's father was an itinerant Wesleyan Methodist Minister, the Reverend John Phillips, who was from a farming family of North Wales. Walter Joseph Phillips was born at Barton-on-Humber, in Lincolnshire, England, on October 25, 1884. His mother, Sophia Blackett, was from Leeds. Walter was educated in various schools, and soon demonstrated an inclination for drawing. Such activity was not encouraged by his father, who thought that Walter should also become a Minister, but his mother was more sympathetic. Eventually, while the family was living at Burton-on-Trent, Walter attended evening classes at the Municipal School of Art and Science. Enrolled at a boarding school at Quinton, near Birmingham, he won a scholarship in mathematics in 1898 which he spent on tuition at the Municipal School of Art in Birmingham. More instruction in art was received from the Municipal School of Art and Science in Great Yarmouth. In 1902, a visiting uncle who was working in South Africa suggested that Walter and his older brother might also find gainful employment there, so Walter spent his savings on passage to South Africa.

Walter Phillips lived in South Africa for about 5 years, during which time he worked at a variety of occupations. He had originally hoped to make enough money in South Africa to allow him to pursue his artistic training in Paris, but this was not the case. He returned to England in the late summer of 1907 and worked as a commercial artist in Manchester, and later moved to London. There he met another artist, Ernest S. Carlos. In 1908, Phillips obtained the position of Art Master at the Bishop's School in Salisbury. It was there that he met Gladys Pitcher, a student at the school, whom he later married in December of 1910. He continued to sketch the southern English countryside with his friend Ernest Carlos at every opportunity, and his growing expertise was soon rewarded when one of his works was shown at the Royal Academy in 1912. Phillips held two exhibitions in Salisbury in 1911 and 1912. By then, he and Gladys had decided to emigrate to Canada, where two of his cousins were living. Their respective addresses in Toronto and Vancouver suggested to the young couple that some place in between might be appropriate, and they chose Winnipeg, Manitoba, as their destination after consulting a map of Canada.

Arriving in Winnipeg in 1913, Walter and Gladys eventually settled in the north end of the city. Walter was soon busy teaching at a secondary school and continuing his work as a watercolour painter. He soon discovered new subject matter in the suburbs of Winnipeg, and the family spent its first summer at Lake of the Woods on the Manitoba-Ontario border in 1914. He met other artists then working in Winnipeg, such as Cyril Barraud, a fellow-Englishman who had come to Winnipeg a year earlier, and was now engaged in etching. Phillips and Barraud held a joint exhibition in Winnipeg in October of 1914.

In 1915, Phillips decided to take up etching. As Barraud was leaving for England to enlist in the country's effort in the World War, Phillips was able to acquire Barraud's etching press and equipment. Phillips would complete about thirty etchings within two years. His efforts were rewarded with a purchase by the National Gallery of Canada.

By 1917, Phillips was experimenting with a new print-making medium, that of the colour woodcut. With the few references available to him in Winnipeg, Phillips nevertheless was able to produce colour woodcuts which increased in sophistication as his experience with the medium increased. His success with the colour woodcut medium led him to abandon etching completely.

Phillips continued to live in Winnipeg and to teach. The summers were often spent at a rented cottage at Lake of the Woods, and Phillips continued to work in watercolour and to develop his technique with the colour woodcut. His prints began to be noticed and he corresponded with artists in England who also worked in the medium. Increasingly, he began to feel isolated in Winnipeg and thought that a return to England might boost his growing market and afford a living less dependent on income derived from activities not related to his work as an artist.

Passage for the family's return to England was booked and Phillips obtained a leave-of-absence from the school where he taught, and the family furniture was put into storage. On the way East, the family spent a glorious summer at Lake Muskoka in 1924, where Phillips spent the summer painting the landscape and the children. At the end of the summer, the family sailed to England.

In England, Phillips met artistic colleagues with whom he had corresponded, and was introduced to others. These meetings allowed him to perfect his colour printing technique. Phillips lived near his parents' home in the Cotswolds, where he continued to work at his watercolours and prints. But the children missed their life in Canada, unhappy with a socially restrictive environment, and especially unhappy with a damp and rainy climate. A decision was made to return to Canada, and the family returned to Winnipeg by September of 1925, after another summer holiday at Lake Muskoka.

Upon their return to Winnipeg, Phillips taught for another year at his school, and the family lived in a rented house. He was determined to devote all of his time to his art. His increased production and the promotion of his work led to good sales, and he also published a book in 1926 on The Technique of the Color Woodcut. Also, in 1926, Phillips began to write a weekly column on Art and Artists for the Winnipeg Tribune. This was also the year that Phillips first visited the Rocky Mountains with a couple of fellow artists from Winnipeg.

Phillips' first sketching trip to the Rocky Mountains was a watershed in his work as an artist. Over the next 15 years or so, he would return to the Rockies as often as he could, and mountain subjects appeared frequently in his work. In 1927, Phillips made his first trip to the West Coast of British Columbia, visiting Alert Bay and Village Island. That year, he also published his first portfolio of colour woodcuts, which was soon followed by his second portfolio in 1928.

Phillips continued to find much inspiration in the Canadian prairie landscape and much of his work between 1930 and 1940 was derived from his wanderings around Manitoba. This was also a time when Phillips began to produce a number of wood engravings in addition to his continuing work with colour woodcuts. The depression was a very difficult period financially, but he somehow managed to make ends meet.

Walter Phillips was first invited to teach at the Banff Summer School in 1940. The following year, he was also invited to teach at the Provincial Institute of Technology and Art in Calgary. With all the children settled except their youngest, Walter and Gladys Phillips moved to Calgary in the fall of 1941. He was now 55 and the proximity to the mountains now allowed him to concentrate on the mountains as far as his subject matter was concerned. After the War, Phillips decided to build a home in Banff. His work as a watercolourist reached new heights at this time, although his activity as a printmaker diminished. He made no prints after 1952.

Walter and Gladys continued to live in Banff until 1960. In 1953, he had started to have vision problems and was eventually operated on for cataracts 1959. While the operation was successful, he never regained his vision fully, and by the time he and Gladys had decided to move to Victoria, he was almost blind. His condition deteriorated and eventually he became totally blind and confused. He died in Victoria on July 5, 1963.